Symptoms and Treatment of Alzheimer’s vs Dementia

Taking care of seniors with memory and brain disorders can be quite strenuous. But understanding the distinctions between dementia and Alzheimer’s disease and the early symptoms may make the task less stressful.

Dementia is a more general term used to describe a type of brain disorder that affects normal communication and ability to perform daily activities. On the other hand, Alzheimer’s disease is a specific kind of dementia that affects the parts of the brain that control memory, thought and speech.

Here is a brief description of the two medical conditions, their early signs and symptoms, forms of treatment and some of the main differences between them.

Signs and Symptoms of Dementia

The early signs and symptoms of dementia can be rather mild, and they usually begin with forgetfulness. People suffering from dementia easily lose track of time, and they can get lost in places they know quite well.

As time goes on, the forgetfulness and confusion increase such that it gets more difficult to remember people’s faces and names. At this point, personal care becomes rather difficult. Some of the obvious signs that a person needs in-home dementia care include poor hygiene, irrational decision making and repetitive questioning.

Dementia symptoms usually respond to treatment when they are caused by metabolic disorders, tumors, drugs, and hypoglycemia. It is important to note that only a few forms of this condition are reversible. But with the right type of medication, it can be managed effectively.

Alzheimer’s is a brain disease that progressively reduces the ability to use the memory and other cognitive functions. The brain of anyone with Alzheimer’s has abnormal deposits of protein that create tangles and plaque. This causes cell connections to get lost, and they start to die gradually.

Signs and Symptoms of Alzheimer’s

The early symptoms of this disease include: 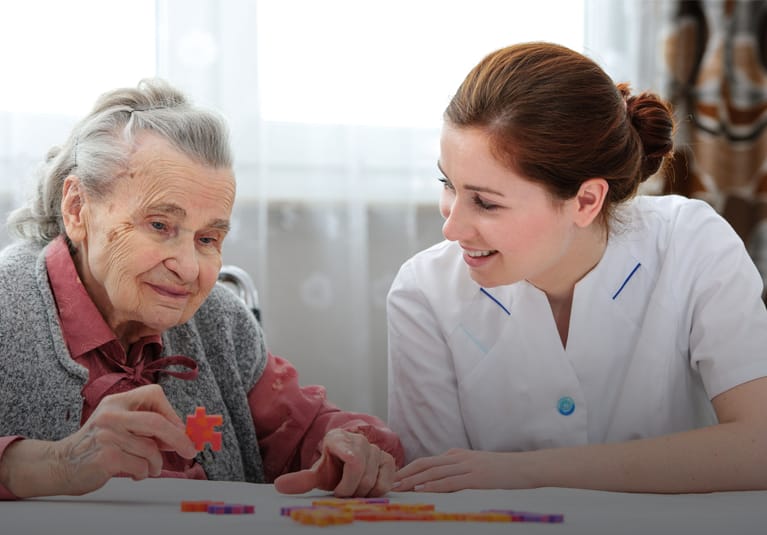 Although there is no permanent cure for this condition, the following methods may be adopted by a physician:

What Is the Difference Between Dementia and Alzheimer’s?

Dementia is classified as a syndrome, a group of symptoms that stop the brain from performing its normal cognitive and memory functions. It could be caused by a variety of problems, and the symptoms are not always fully understood.

Alzheimer’s disease, on the other hand, is a type of dementia that has symptoms whose causes are properly understood.

Some forms of dementia caused by drug interactions and nutritional problems may be reversed. However, Alzheimer’s disease cannot be reversed by treatment or medication.

Prevention of Alzheimer’s and Dementia

Making the following lifestyle changes can reduce the risk of dementia:

At Active Senior Care, we offer compassionate in-home dementia care and professional Alzheimer’s care for seniors. We understand the stressful situation and challenges that you and loved ones face due to dementia. For immediate home care assistance and senior care services, please give us a call now at 786-360-3449. We provide quality and skillful care in Miami and the surrounding areas, including: Surfside, Aventura, Coral Gables, Miami Beach, North Miami, Bal Harbour, Cutler Bay, Pinecrest, North Miami Beach, Sunny Isles Beach, Key Biscayne and all of South Florida.

Qualify for a 10% Discount!

Click here to fill out our simple questionnaire for a 10% discount on your first month of service!

Sign up with your email to get latest updates and offers!